Why Computers Performance Speeds Slow Down?

Most of the people runs computer speed test without checking the reasons of the slowness, There are numerous reasons that can make computers to slow down but most of the reasons are as a result of the way we use them.

Through program downloads, installation of extensions, browsing the web, creating, saving, and transferring movies and music to your hard drive, you will realize that your computer’s speed starts to go down. Fortunately, some of the impacts can be avoided by practicing better device usage habits.

Many people find themselves frustrated, performing numerous computer speed tests frequently reason being that a computer is getting slower and slower but the truth is that you are the key user and causer of the unfortunate happenings in your computer system.

It is important to note that, the better you keep your computer maintained, the faster your PC could be. What should be maintained and how?

Proceed to find out the 4 eventual reasons that slow down your computer and the corresponding solutions.

It is easy to know whether a computer has been infected with a virus and it is also difficult to know how to remove it if you don’t have active anti-virus software and other security procedures. The presence of a virus in your computer system can be noted as a result of despicable pop-ups or in some occurrences a demand for ransom.

However, some viruses can hide in the background gathering crucial data such as usernames, passwords, financial information as well as healthcare records. Most sold anti-virus programs cannot detect such malicious activities that demand more strong security and restrictions of a computer system.

How to overcome it: Never depend on free anti-virus programs when dealing with crucial data such as financial information and health data. Ensure you don’t open suspicious links from an unknown source and also install a powerful layer of security on your system and ensure you update your system regularly.

2. Running Too Many Programs at Once

How to fix it: stop or quit any open program that you are not actively using so that you remain only one browser window if possible. If you want to save many tabs and links to read in the future, you can use the accessible Bookmark option available in Mozilla Firefox, Google Chrome, and other types of web browsers.

3. Too Many Startup Applications

Ever noticed where newly downloaded applications weasel themselves immediately after installation? These programs tend to stick themselves into the startup menu of your Windows computer. It is good to uncheck the box for that permission to avoid having dozens of startup programs. This can bring a massive drag on your computer’s processing speed, both when you switch on the computer in the morning and throughout the day if you have not noticed that these applications are active.

How to fix it: Ensure only important applications are launched during any startup. It also advised disabling those programs that are not necessary while allowing space for those that are important is also another incredible approach.

4. You have Insufficient Memory

If you find out that you have done all the above things yet your computer isn’t improving, it’s time to consider doing a minor memory upgrade by adding more RAM.  It is important to note that some applications take a lot of your computer’s memory to run- for instance, programs that run with large files like, image or video editing applications.

How to fix it: It is recommended that, you have a minimum of 2GB of RAM and if you run heavy programs such as graphic design work you are recommended to install a 4GB memory space. The good thing is that upgrading the RAM is an inexpensive task and simple that anyone can do it by following some simple procedures which you can find on most online channels such as YouTube.

The above reasons and many others not mentioned in the article could be the cause of a dragging computer. However, maintaining good use of electronic devices can eliminate the need to run a computer speed test every time. After following the above-mentioned tips try to run the computer speed test again, you may get a better result. Also, You can read more about 7 ways to speed up your computer. 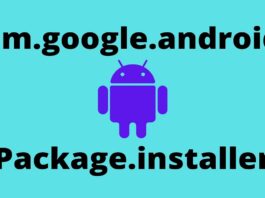 All You Need To Know About Com.google.android.packageinstaller 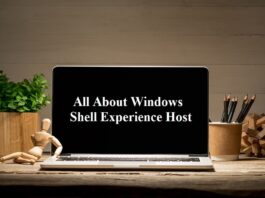 All About Windows Shell Experience Host 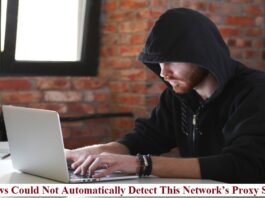 4 Easy Ways To Solve: “Windows Could Not Automatically Detect This...

ABOUT US
The BHTNews is a news website, it has created to provide the latest news from all over the world to keep the people updated. We will mainly focus on Business, Health, & Technology News but we have also put other categories to cover updates from various fields so, stay tuned with Us to be updated!
FOLLOW US
© 2020 all rights reserved by ♡ BHTNews.com