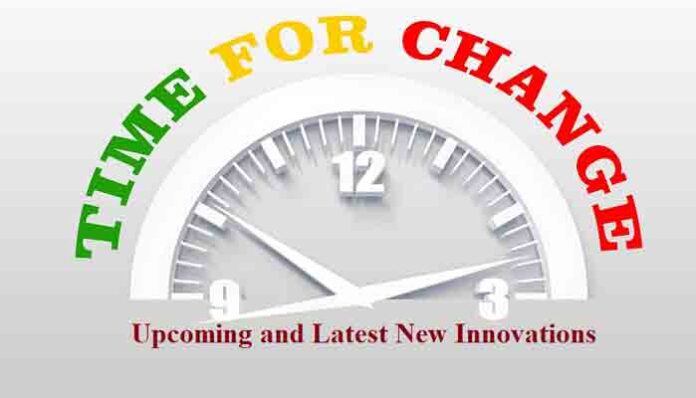 With the rapid evolution in technology, new innovations are inevitable. So, you have to keep up with the trend in technology to avoid missing out.

Did it ever occur to you that by understanding the current and underway innovations will help you to prepare?

Also, you can seize the opportunity to your advantage. This article highlights the recent trends in technology. Keep reading;

(AI) or Artificial Intelligence is one of the major technology evolutions in the 21st century.  AI is a computer science branch that is quite comprehensive. It concentrates on producing smart machines that have human capabilities.

For instance, these machines perform tasks that call for human intelligence. AI employs several techniques. It has triggered the need for advancements in learning machines.

Also, this innovation has caused a great revolution in almost all companies across the world.

Several industries are intending to use AI to better their customer experience. Also, artificial technology will restructure business operations this year.  In no time, people working in industries are going to get used to the idea of working alongside Artificial Intelligence machines.

Also, other systems related to vehicles such as entertainment or security systems will be automated. Hence, they will be governed by analytics and data capture. This new innovation won`t be limited to vehicles alone. It’s spreading also on shipping and trucking. So, the ships and trucks are gradually becoming autonomous.  Autonomous driving technology is already knocking on our doors.

When the 4g data network was introduced, we thought we had seen it all. But technology gods have been working around and thanks to their efforts, we will soon celebrate the mind-blowing new innovation. 5G data network is already in the market. It boasts of incredible speed and a stable connection.

The network first hit the market in 2019 though it was restricted to specific areas. Furthermore, it was a bit expensive however, that is bound to change in 2020. The network promises a wider coverage and affordability. Hence, it will be accessible to everyone that wants to use it for maximum fun.

This is also the newest innovation in technology. However, it’s not a familiar term in non-tech-savvy industries. However, that is likely to change soon. Blockchain is a modernized ledger for recording transactions. However, its highly secure thanks to its decentralized and encrypted nature.

However, in 2019, blockchain technology was surrounded by lots of controversies.  Some commentators argued that it’s an over-hyped technology and it is not what people think it is. This caused the rise for more investment by Mastercard, IBM, Walmart, and FedEx.

So, it’s expected that soon real results concerning blockchain technology will be released to the world. If the results prove that it’s a reliable technology, no doubt several small players will embrace the technology.

In line with that research, health monitors in the near future are expected to be wearable-free, smaller and highly effective. For instance, Cocoon health is expected to show its new innovation (smart baby monitor). This one relies on AI technology and computer vision to take a record of the breathing rate, sound, and movement. So, parents can now monitor the sleeping patterns of their babies.  They receive an alert whenever the baby wakes up or sleeps. Sleep data is tracked through the connected app.

In 2019, the impossible Burger 2.0 was the talk of the day. It earned the title ‘top tech of CES 2019” according to tech Publisher Digital Trends. IoT kitchen appliances are among the new innovations this year. These appliances will be of much help in preparing, storing and cooking food.

Smart appliances are common in previous CES events, however, the newest versions promise to offer more than just recognizing food inside the fridge. The new innovation of IoT kitchen appliances is said to monitor stored groceries. Furthermore, they can develop shopping lists automatically. Also, they surf the internet to compare the best surprises. As if that’s not enough, they suggest substituting ingredients.

Not long ago since mobile translators were made available for use in the real world. Langogo`s translator one of the new innovations is expected to bring a great transformation on the translators presented in the past years. Langogo`s device is said to have the ability to translate speech in over 100 languages. Secondly, it comes with an embedded Esim.

This means that it does not depend on Smartphones with or without service in an alien country. Furthermore, Langogo`s device can provide a Wi-Fi hotspot service to more than five devices concurrently. Even though translators will have a hard time with slang and idioms, they are going through a rapid improvement.

The population around the world is increasing every new day. This has created the need for new innovations in the farming industry. For instance, investors have turned their attention to indoor farming. For instance, recently, Korean IoT Startup N.Thing  gathered over $2.2 million. The money was used to fund the Planty cube project. This project is aimed at improving indoor modular farming.

In the year 2015, N.Thing introduced Planty smart pot. The latter evaluates the potted plant`s humidity, temperature and light levels. N.Things Planty Cube is far much better. In fact, the autonomous farming system is geared towards using insulated, modular surroundings to produce greens in arid environments. This new innovation (Planty Cube) is being tried in the United Arab Emirates.

Low power computer vision will be of great use in the augmented reality market. Previous AR technologies included tablet and Smartphone-based applications. However, Wearable AR is the new innovation as entrepreneurs focus on creating AR in the following generation of wearable devices. Thanks to the recent innovations, there are now Norm glasses that come with Android-based computer. Also, they feature the normal frames.

Norm Glasses are quite amazing in that they can be voice-activated to produce a heads-up display via which a user can make phone calls, send texts or even listen to music among others. The glasses are dual speakers not to mention that they are lighter compared to other eyeglasses with no electronics.

New innovations have greatly transformed the healthcare industry. Now it’s possible to track data from wearable tools like smartwatches. This move will enable health professionals to easily predict and offer accurate treatment to all health issues among patients long before any symptoms start to show.

Personalized and predictive medicine new innovation has brought about the idea of employing more individualized strategies when treating every disease. This can otherwise be termed as precision medicine. It’s a strategy that allows a health expert to prescribe and apply accurate and effective treatment options. This is as a result of data-driven knowledge on whether the medication is effective on individual patients.

The use of biometrics is also a new innovation and this includes the retina, fingerprint and face scans. Most industries have employed this new innovation as a way of establishing one`s identity. These strategies form lay a secure and firm foundation for the solutions offered by IT industries.

Microsoft’s surface is one of the new Innovations. It was unveiled in October 2019 by Microsoft. However, this dual-screen PC has not been fully launched yet. It will use Windows 10x. Also, it has a powerful operating system to support a dual-screen laptop.

According to Microsoft, this device will enhance mobile productivity. This is because it has 2 nine-inch screens. Its hinge is 360 degrees. Hence, it can be rotated inside out. The divergent screen will act as the stand. The new has a detachable keyboard and a pen. The two are attached to the device magnetically.

Wacom one was launched during this year`s annual CES by Wacom. It’s a creative pen which is 13 inches. Unlike the old Wacom, Waco one was manufactured with social content creators, visual thinkers and creative beginners in mind. So, you can easily pain, sketch, draw or even edit your photos on the move or at a desk.

Wacom one is featured by an active area. It’s spacious enough for all your creations. Also, it has a complete HD display for viewing and working purposes. It’s lightweight and weighs about 2 pounds. Note, the pressure-sensitive pen mimics several brushes and pens. Furthermore, it won’t require any batteries.

FIXD this is a recently released device that will impress you. It will spare you the stress of spending lots of money on car repairs. Also, FIXD will help you identify the exact problem in case of a ‘check engine’ warning light.

All you need to is insert it in the diagnostics port of your vehicle. The gadget will instantly inform you of the problem at hand. This device normally works on the cars that were made from 1996.

DroneX is a mini-drone and among the new innovations. It’s ideal for beginners who wish to join the drones world. It’s affordable, compact and comes in the size of a smartphone. You just have to charge its battery. Then, install the application. In no time, you can get started.

How about having a highly effective mosquito trap that’s non-toxic.? Mosquitototron is an anti-pest device that can protect you as well as your family from the annoying mosquitos. The device has UV light which attracts the mosquitos. Then, it captures the mosquitos and kills them through drying them.

iTrack is one of the recent innovations. You insert it in a vehicle`s diagnostic port. Its function is to provide you with current updates on the current position of your car. Using this device will give you some peace of mind since you won’t have to worry about losing your car to thieves. iTrack helps track the location of your car in case it has been stolen. Once you identify the location, you can inform the authorities to help you recover it.

Most people have old laptops or PC lying somewhere in the house. This is because of its frustrating speed (very low speed). If you are the one, Extra-PC new technology can bring all the difference. It’s a small USB drive but it has the magic your PC needs to start working again. The USB drive has an incredible operating system that is Linux based. It will bring your old, useless PC back to life.

Just plug it into your PC`s USB port. Then, restart your laptop and you will be good to go. Note, there are no other complex skills needed to make your old laptop function like a brand new version.

Extended reality or if you like XR is a term covering multiple recent and upcoming technologies that trigger additional immersive digital capabilities. Just to be clear, the extended reality is augmented, mixed and virtual reality. It offers a wholly digital immersive skill. It entails exploring a computer-based world through the use of headsets that match the actual world.AR sends digital objects in the actual world using displays or smartphone screens. Mixed reality is simply an AR extension that enables users to use digital objects revealed in the real world.

Contact us: bhtnewscom4u@gmail.com
© 2020 All Rights Reserved by ♡ BHTNews.com
MORE STORIES